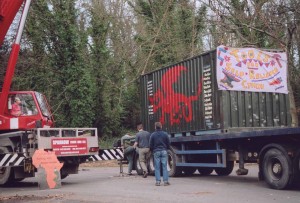 In February 2005 we sent off the container, weighing 17 tonnes and holding over 16,000 tools and pieces of equipment.   It has passed through Dar es Salaam, and is at last in Mwanza.

Now SIDO staff have turned that load into a fully functioning tool-refurbishing workshop – only two staff at present – soon to be four.

The tool kits we sent have been distributed and tool requests from Lake Zone are now being directed straight to the workshop.

They can now turn round a request in less than a month, which previously took us up to a year.
We are actively fund-raising to support this project over the next six years.

How you can help